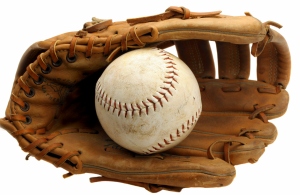 I’m not typically one to brag, but I used to be a pretty good softball player. I was an outfielder and had a cannon for an arm—an arm that came into play quite a bit because our team tended to give up a lot of hits. In fact, it used to be that when you Googled my name, all-conference honors for softball would pop up—that conference has since dissolved though, and apparently so has that list of all-conference players.

Why am I telling you this? So that I can now tell you this. My right shoulder hurts. I can tell it’s weaker than my left one and it’s a struggle to lift a substantial amount of weight over my head. A couple weeks ago I played catch and I can’t even throw right anymore. The day after playing catch, I could barely FEEL my arm. I realize it’s been well over 10 years since I played softball competitively, but I started to wonder if all of that could really be attributed just to me getting older. 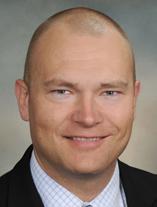 So, I decided to seek out one of our orthopedics doctors to see if there might be something else going on. Dr. Bryan Warme, who is being featured in Mary Greeley Medical Center’s current issue of Health Connect, was nice enough to answer a couple of questions for me.

I told him about playing softball for 10+ years and how now it seems like a half hour of catch causes 24 hours of pain. I asked if using my arm so much in my younger years could be causing problems now. Then I waited, silently hoping that he wouldn’t come back and tell me things like that happen as you age.

He said nothing of the sort. Instead he said that he suspected I had something called ‘shoulder impingement,’ which is EXTREMELY common in overhead athletes—meaning athletes who use a repetitive overhead motion, like the motion used in throwing a softball, or spiking a volleyball. He defined shoulder impingement as, “inflammation in the soft tissues that lie between the rotator cuff tendons and the shoulder blade.”

He also told me that if the pain is waking me up at night, or I’m concerned about the weakness in the shoulder, I should get it checked out. There are a number of things that can be done to alleviate the pain if it’s causing a persistent problem. He said that, “injections in the shoulder are often effective at relieving the pain. Physical therapy can also play a role, and if those measures don’t work, arthroscopic surgery is an option to try and get a permanent resolution to the symptoms.”

I also asked what would happen if I don’t get it checked out. Will it get worse? Can it cause more problems down the road? He replied and said that left untreated, people with shoulder impingement are at risk for rotator cuff tears in the future.

Looks like I might be paying Dr. Warme a visit as a patient and not as a blogger in the near future. If you are experiencing any orthopedic issues of your own, please visit McFarland Clinic’s website. Click on the ‘Doctors’ tab and select ‘Orthopedic Surgery’ from the ‘Specialty’ drop down. There you’ll find five other doctors in addition to Dr. Warme who can help you with all your orthopedic needs.